The power of archive satellite imagery

The cities of our planet, today, would be mind-blowing to people from a few hundred years ago. The earth's surface is in a state of constant flux, as we compete to build the world's tallest buildings, divert water to create lakes and rivers, and expand our highways and infrastructure.

But obviously, all this change comes at a cost. How do we measure the impact we're having on our planet, and plan for all eventualities? The answer lies in tracking the changes we've made over time, and examining their effects in order to make the right decisions for our future. And to do this, our most powerful tool is archive satellite imagery.

What is Archive Satellite Imagery?

Many countries and organizations make their archives available to the public. The oldest (and still running to this day) satellite imagery archive belongs to NASA's Landsat program, which launched its first satellite in 1972. The European Space Agency (ESA) often collaborates with Landsat via their Sentinel program, which began in 2014.

Free satellite imagery is usually in the low to medium resolution range, from 60m/pixel to 10m/pixel. At this resolution, you can view cities and their boundaries, as well as larger natural formations, but not smaller objects, such as cars. 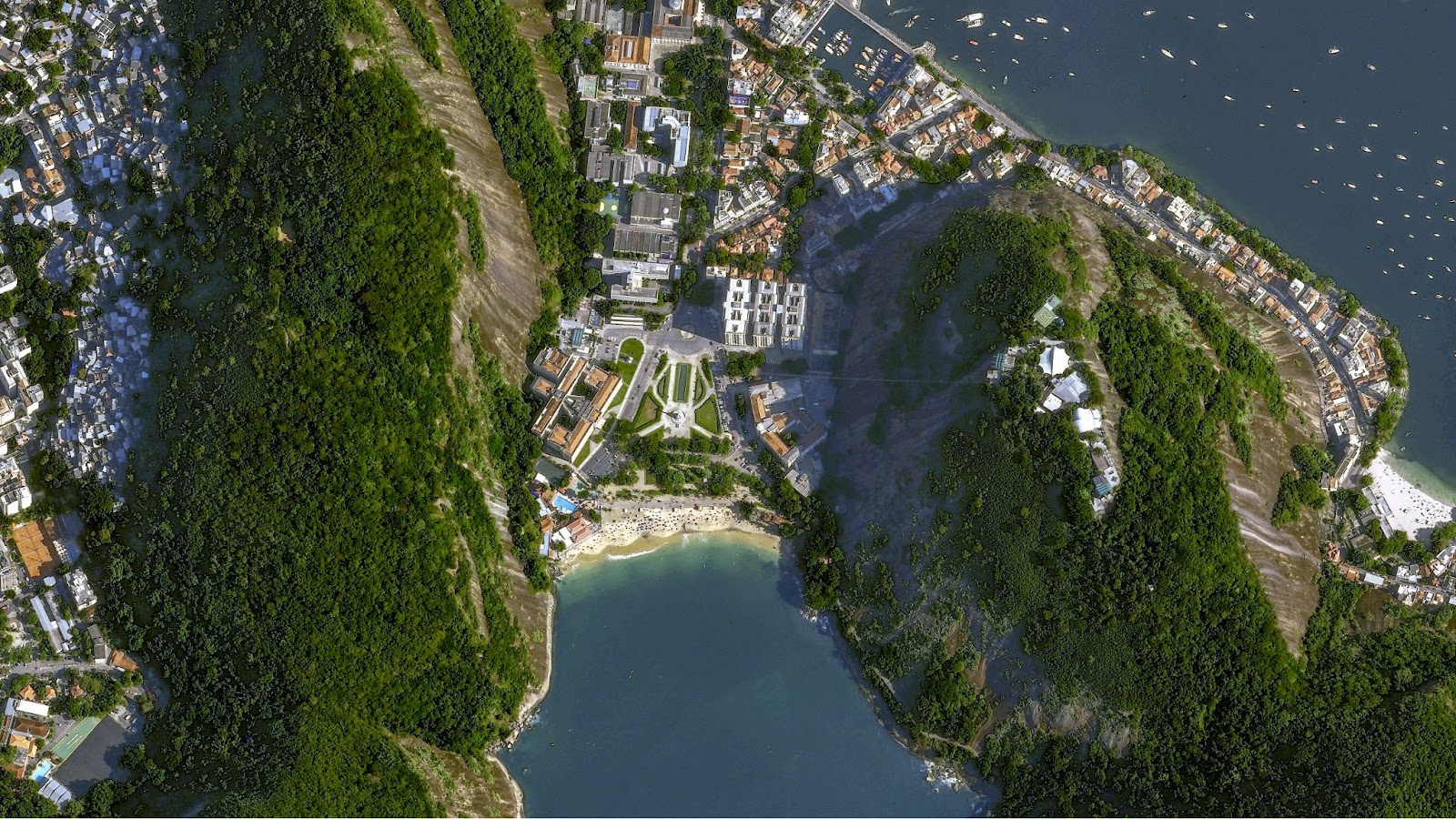 Archive imagery doesn't need to be decades old. Although Pléiades Neo only launched in 2021, it can capture up to two million square kilometers every day. So it's already imaged a huge amount of the Earth's surface.

Want to see what Pléiades Neo has captured so far? Head over to our console to check it out. Filter for Pléiades Neo, and use the map to view available data.

What Types of Archive Satellite Imagery Can I Find?

There are many different types of satellites, but for the purpose of this article, let's look at passive vs. active remote sensors.

Passive sensors measure and collect naturally available radiation, without doing anything to stimulate the energy they detect. Pléiades Neo, for example, falls into this category.

Typically, this means they're working with sunlight, as it's our biggest source of radiation. Its energy, reflected, lets passive sensors collect radiation in the visible portion of the electromagnetic spectrum to create optical imagery. 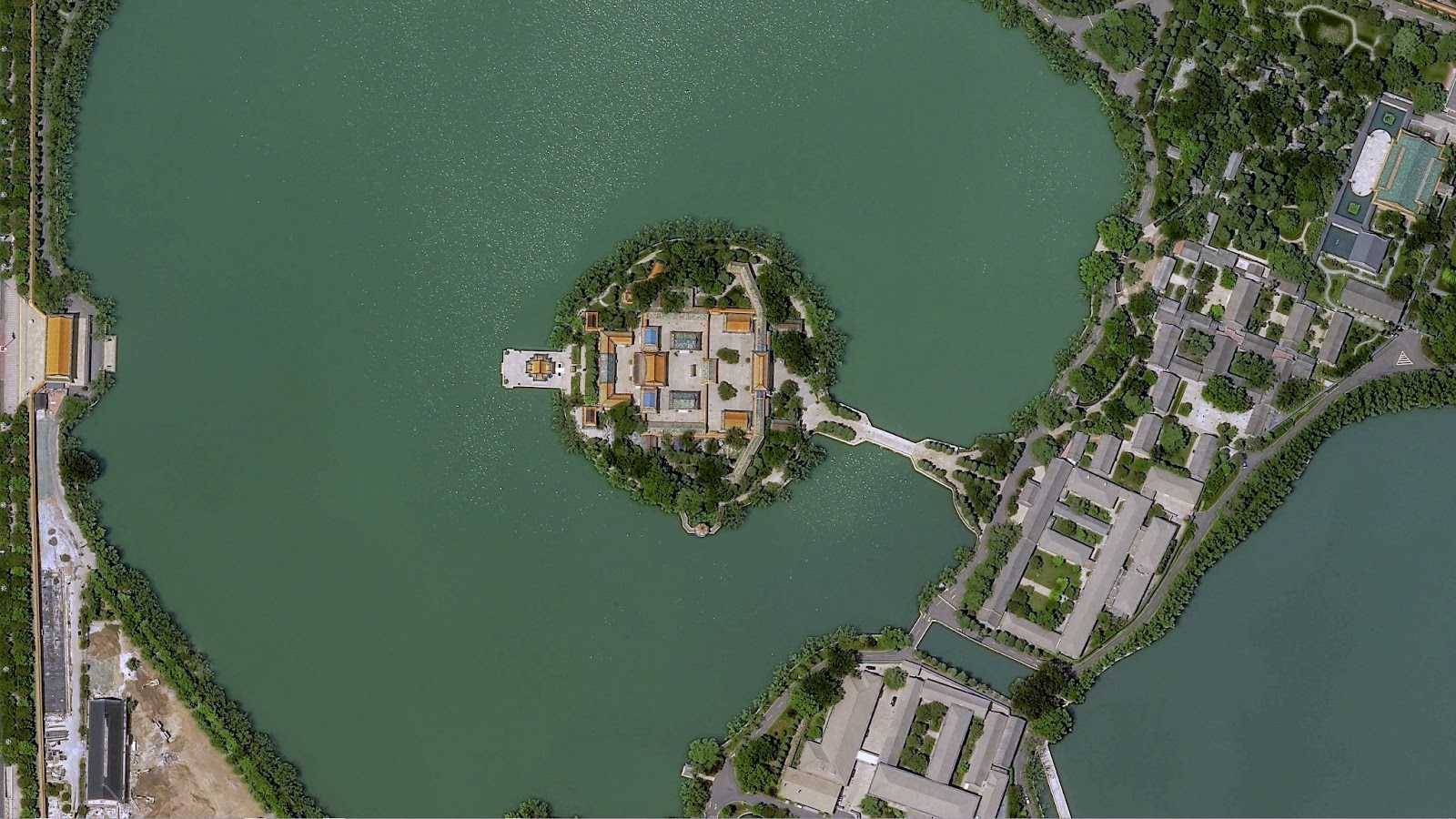 Passive sensors can also detect energy emitted in the near-infrared band, whether that's heat from a natural or human-made source, or the change in heat absorption amongst vegetation.

Since they need the sun, passive sensors are dependent on the day/night cycle, as they usually don't have enough energy to form an image at night. They're unable to penetrate dense cloud cover, so they may need repeated passes to fully capture obscured areas. But that's the great thing about archive imagery: since so many satellites are constantly imaging the earth's surface, you can probably get a relatively recent image of any area, even if it's constantly covered in fog.

Active sensors are more independent, as they provide their own radiation by bouncing a beam off of Earth and collecting the reflection. They don't need sunlight, so they can capture an area at any time of the day or night. Active sensors can also ignore cloud cover.

Synthetic Aperture Radar (SAR) is an example of an active sensor. SAR satellites transmit and collect radio wave pulses to generate their imagery. Light detection and ranging (LiDAR) satellites perform similarly, but do so via laser pulses. In both cases, the intensities of the returned pulses, along with the time they take to bounce back, are used to create images.

What Can I Do With Archive Satellite Imagery?

Archive satellite imagery is used across industries for a huge variety of use cases. Here are a couple of the most important and relevant examples.

Archive satellite imagery is one of our most important tools when it comes to understanding our climate and humanity's impact on it.

Measuring the melting rates of glaciers, as well as sea ice thickness, will help us to prepare for rising sea levels and better understand their root causes.

Satellite data is also essential for monitoring air quality in cities around the world, which can then inform decision makers on creating policies for cleaner air.

And satellite imagery makes it easy to monitor disasters, from tracking forest fires in India to monitoring oil seeps in our oceans.

Historical weather patterns collected via satellite data are important for infrastructure planning, whether that's ensuring that populations have access to water and energy, or efficient all-weather public transportation. Data on vegetation is used by many organizations to detect risks to infrastructure, such as tree encroachment on railway tracks or utility lines.

Satellite imagery also plays a vital role in city planning and construction, as well as mapping and understanding traffic patterns over time.

How Can I Order Archive Satellite Imagery Through UP42?

We also make it easy to order archive imagery. You can do so in three ways:

Search for, order, estimate pricing, and download archive imagery all through the UP42 API.

If you'd like to explore our data offerings by utilizing our API, visit our documentation to learn about the requirements and how to set up authentication. Once that's done, you can explore our offerings through data discovery, or, if you know the area that you're interested in, look for specific coordinates through data search.

The UP42 console allows you to upload your AOI or draw it yourself. You can then define your parameters, such as cloud cover, and view the credits required before placing your order. Want to see how? Here's a video demo:

Last but not least, we've got our Python SDK, which grants full access to the UP42 platform for Python users.

Understanding our impact on the planet is essential to our future. Through analyzing historical satellite data, we can prepare for coming changes and build policies for a healthier planet. The data is there; it just needs to be used.

Want to use satellite data, but unsure of where to start? In that case, just reach out—our sales team would be happy to help.

In 2014, Brazil experienced its worst drought in 100 years. After months of unusually low…