This article originally appeared in Thomson Reuters Foundation on 7 March, 2020 in an interview that UP42's Partnership Manager, Miriam Gonzalez (@mapanauta) took part in.

Women mappers add services often overlooked by men, such as hospitals or toilets, they also tend to focus more on safety.

When Miriam Gonzalez started contributing data to the world's biggest crowdsourced map from her Mexico City home five years ago, she found herself part of a rare and odd group of volunteers.

As she got to know some of the other contributors through an online discussion group, it became clear that of the 1.4 million people globally adding information to OpenStreetMap (OSM), known as "the Wikipedia of maps", most are men.

"We realized that there were only a few women on the OSM chat. So, there's a bias in the crowdsourced data," Gonzalez, who now lives in Berlin, and works on partnerships at UP42.

The lack of women mappers is part of a bigger problem facing the tech industry, where women are underrepresented, said Patricia Solis of Arizona State University's School of Geographical Sciences and Urban Planning.

A 2016 report by the global consultancy McKinsey found women made up 37% of entry-level roles in technology, but only one in four senior management roles.

"When you are looking at OpenStreetMap participation and you see very low numbers (of women), a lot of that is reflecting the larger issue of women in tech and in computer science," said Solis.

To help close that gender gap, Gonzalez teamed up with two other OSM contributors to create a group of women mappers called Geochicas in 2016.

Contributors typically add data about landmarks, roads, forests, railways, rivers and buildings onto OSM and other places of interest in their local communities.

Today the group has about 230 women volunteers in 22 countries, many in Latin America, who aim to ensure the voices and concerns of women living in cities are included on OSM and other web-based maps.

"The (mapping) community is still overwhelmingly male and this means that women's needs, interests and experiences are not reflected on maps," said Yeliz Osman, a gender violence expert at U.N. Women.

"When women map, they are more likely than men to represent women's specific needs and priorities, which is key to driving changes in local policies, plans and budgets."

There are no reliable figures on the number of women contributors on OSM, as users sign up to the free open-source platform anonymously and do not need to give their gender, name or age.

The all-male OpenStreetMap Foundation board said one reason women are underrepresented on OSM "might reflect aspects of societies, such as that many women have less free time than men."

"We are in favor of such initiatives that help increase diversity in our project," the board said in emailed comments. "Geochicas raise an important message."

In its push to put women on the map - literally - Geochicas has trained hundreds of women on how to use OpenStreetMap and has hosted regional OSM "mapathons".

Involving women in Argentina, Bolivia, Mexico, Paraguay and Uruguay, the group helps women add and tag places and services used by themselves and women they know.

That's because the needs and experiences of women living in cities differ from those of men, in part due to women's traditional roles caring for children, elderly relatives and the sick, say women's rights experts.

"Women are more likely to map issues that disproportionately affect women, such as sexual harassment and other forms of sexual violence in public spaces or femicides," she said.

The OSM community has created a page on the Wiki website that lists tags with a women's focus that can be added to OSM, including abortion clinics, vending machines selling sanitary products, places to change a baby's nappy, as well as street lighting.

The Geochicas mapping project also reveals how women's needs differ in different parts of the world.

When the group worked with women mappers in northern Tanzania last year, for example, access to water wells emerged as a priority.

"One of the main things was adding water points to the map because women are the ones in charge of gathering water," said Gonzalez, adding that some women have to walk up to 2km (1.3 miles) a day to find water.

Geochicas hopes that building maps that reflect the needs of women will help local government officials make more inclusive decisions when planning and budgeting for their cities. 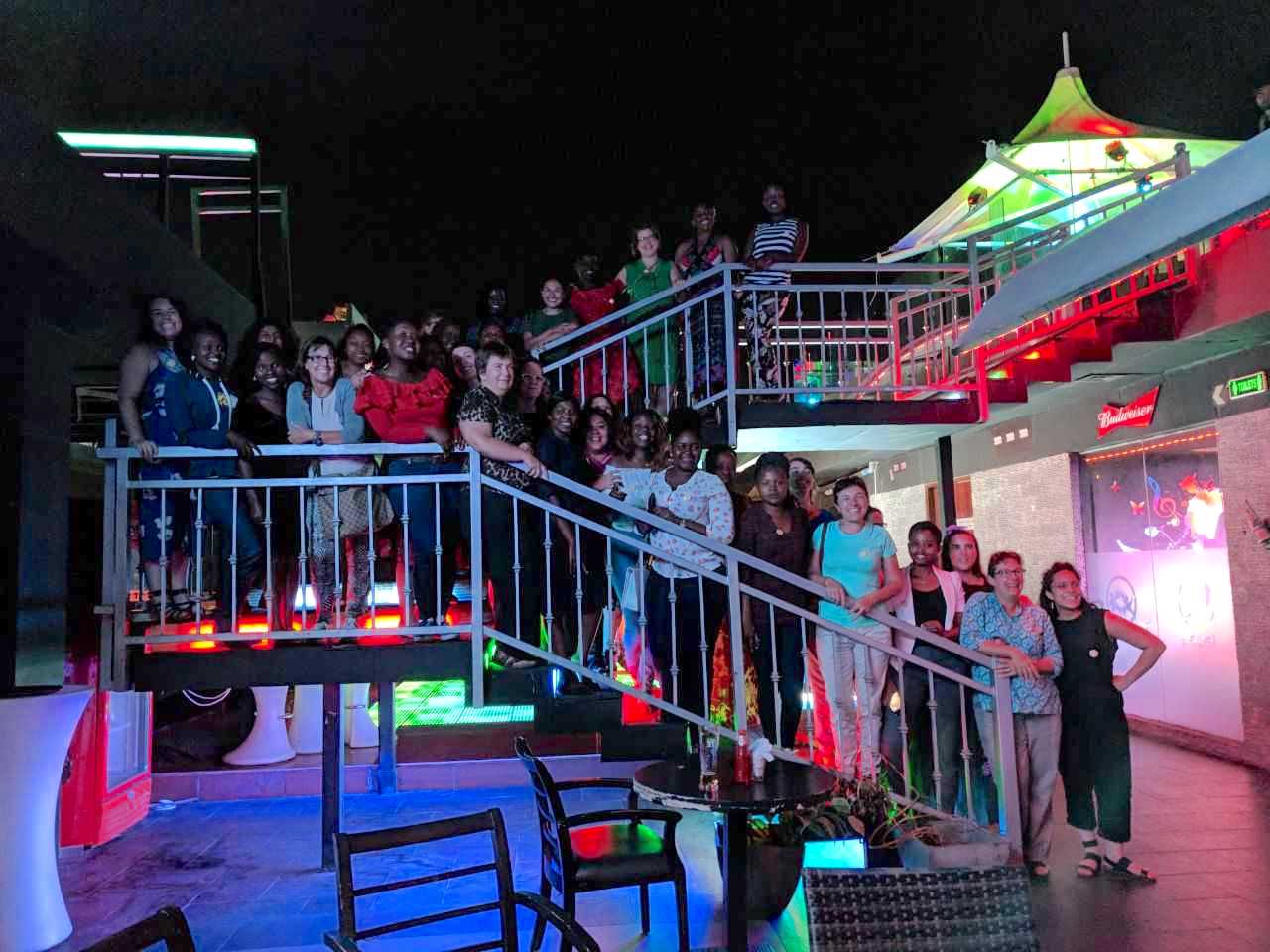 "The (open-source) maps are also the basis of urban design. So, if we don't have on the map things that women care about, we won't have those things in the urban design," said Geochicas co-founder Celine Jacquin.

The free data and billions of GPS coordinates listed on OSM are used by companies to produce their own maps and overlay data from OSM to existing maps, while aid agencies often use OSM data to build maps to help them plan and decide where to focus their resources.

"Maps are representations of the world," said Solis. "Whoever is making the map is showing what they are perceiving that reality to be, they are privileging and prioritizing elements and attributes."

Having a more diverse range of mappers "means we actually have richer information on those maps - not just for the women to use, but for everyone," Solis added.

Solis is amplifying that perspective as the head and co-founder of YouthMappers, a group of student mappers who work on 200 university campuses in 48 countries around the world.

One of the YouthMappers projects is Let Girls Map, which teaches girls from India to Tanzania how to add onto OSM the locations of sites such as schools and health clinics where they live.

Such maps can help give humanitarian aid organizations and government agencies a clearer picture of where education and health services need more attention, Solis said.

Of the 5,000 students involved in the YouthMappers university chapters around the world, about 40% are women, Solis said.

While YouthMappers is working to elevate the role of women in tech, Geochicas is also trying to do the same for history.

In a project called The Streets of Women, the group is analyzing data from OSM to highlight streets named after women in the capital cities of countries like Cuba, Paraguay, Argentina and Mexico.

Geochicas found that in Buenos Aires just 6% of streets are named after women and in Mexico City 12%. In the streets of Cuba's capital Havana, women's names are more prominent, with nearly 40% of streets bearing female names.

"We're trying to showcase this history gap ... the not mentioning of women in the history of cities," said Jacquin.

"It's all about making women visible."

Be it from terrestrial, airborne, or spaceborne platforms, LiDAR data and stereo imagery provide…